Over the years Orphek has published many aquariums and share many beautiful photos of client’s corals. We have posted their testimonials and their love for our LED solutions. Some are huge tanks from public venues, some are quite small from a client’s living room or office. Most importantly, in our opinion, is not to show to sell more or to market our products, but spread the passion for this hobby and the love for these amazing living creatures that more and more are becoming totally dependable on us.

Global warming and pollution are destroying the corals in their natural habitat, so it is really up to us today to save them for future generations.

Thinking about all that today we wish you take some quality time reading our newsroom to learn about one incredible project belonging to Gary Wilkinson from the Uk. Unfortunately it does not have a happy end. Sometimes life takes a different turn and so does our aquariums.

But we wanted first of all to document the entire historical background of this aquarium and hope that together we can all give Gary desire, hope and support needed to take what was learned in the process and move on to a better and more incredible journey.

So let’s plunge into Gary’s tank:

Aquarium Build Started in January 2015 and ended in March 2018

Client started with our Atlantik V.2 LED lighting solution and later he upgraded the tank to newer Atlantik V4. 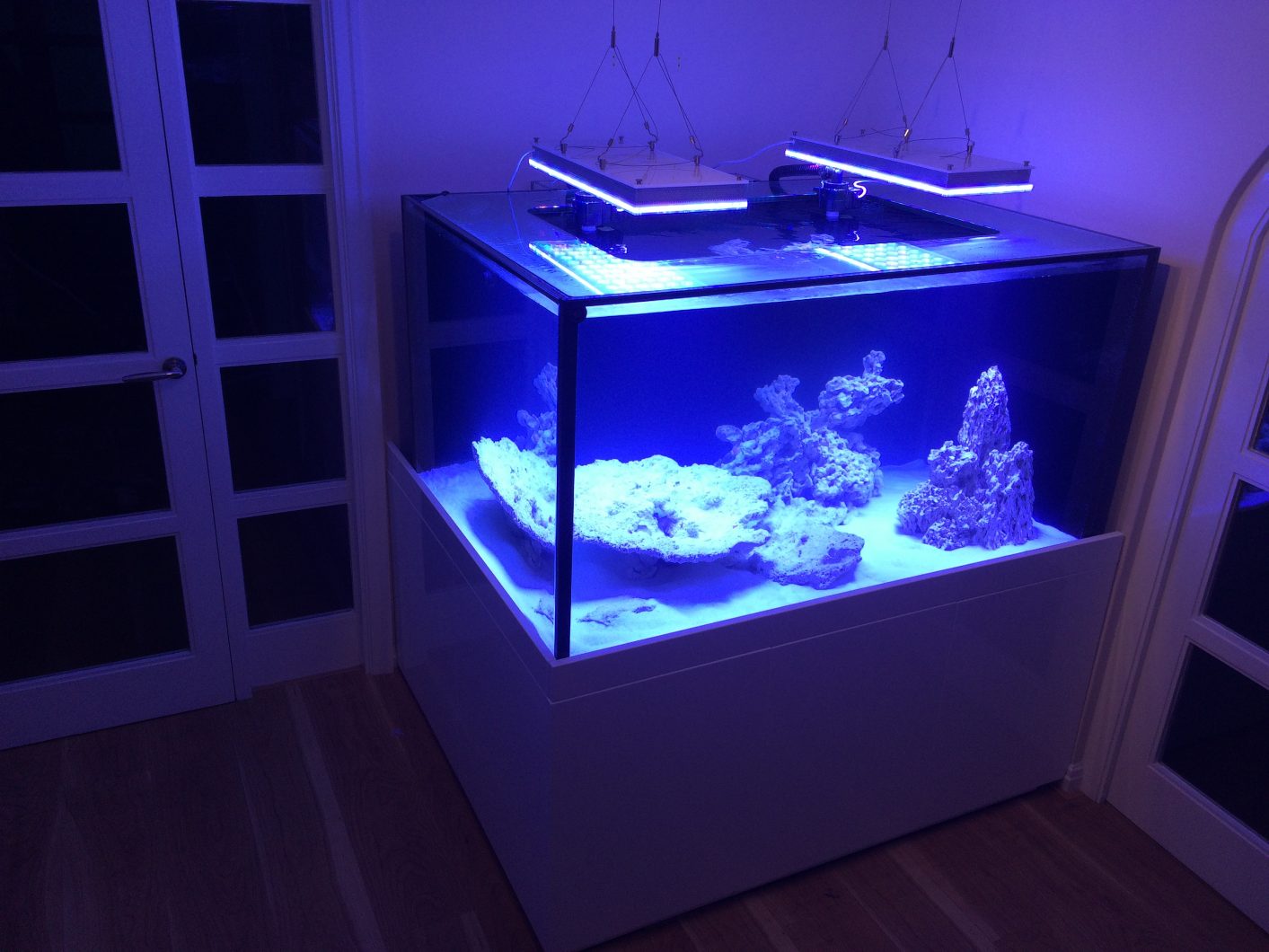 Gary chose to place the 2 units in a vertical position using a hanging kit in a neat and simple layout. 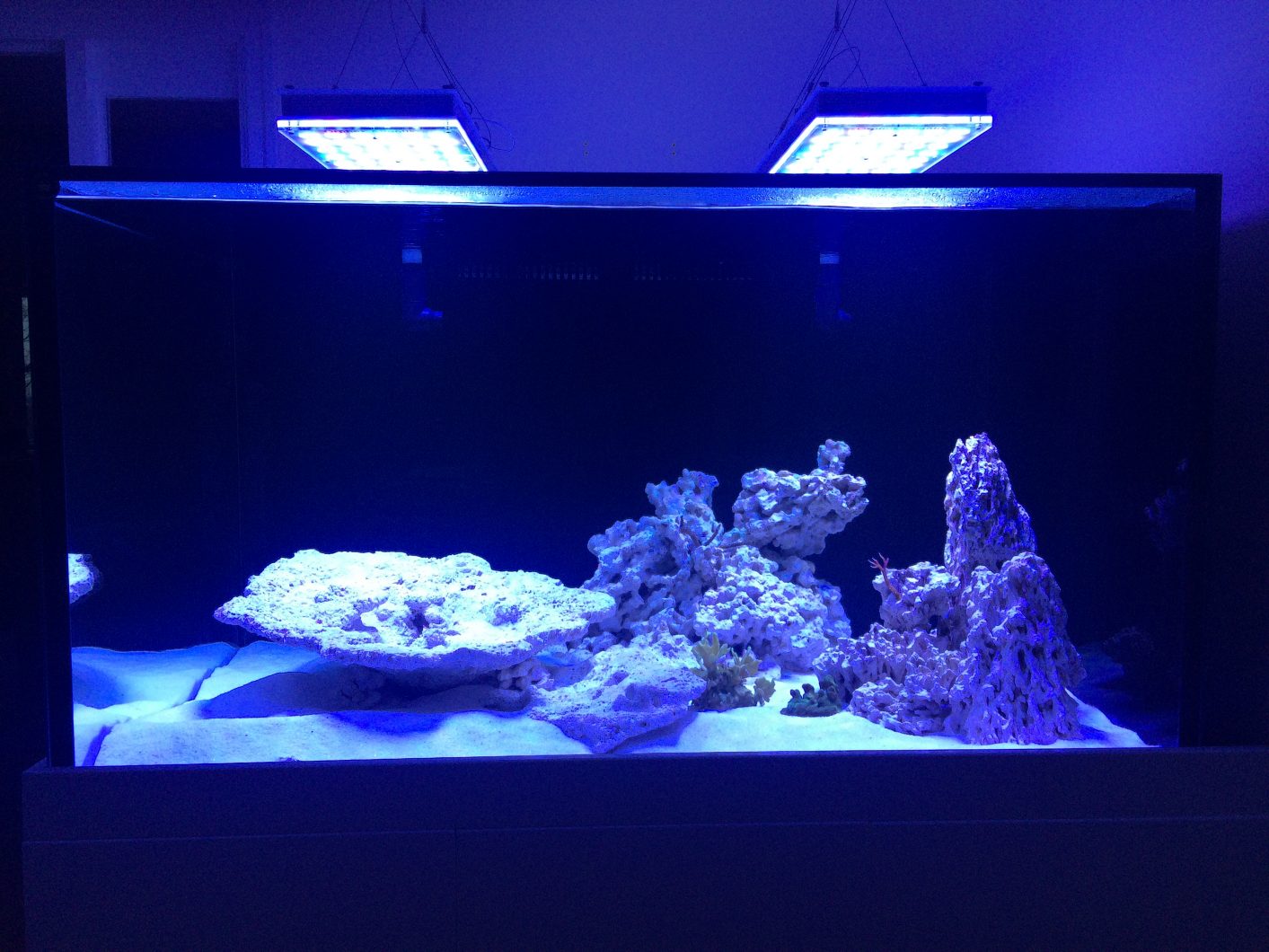 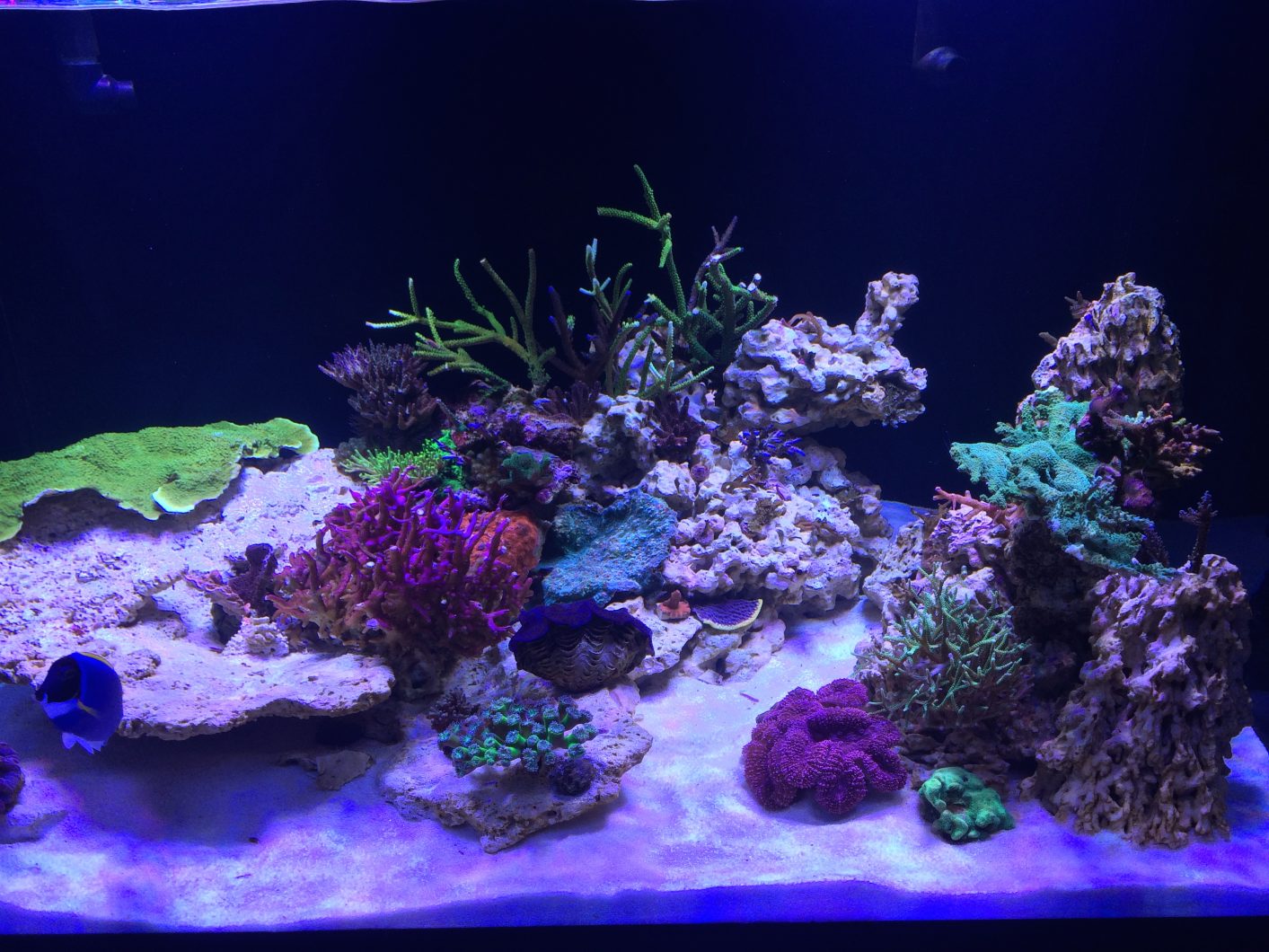 In the summer of 2015 a third Atlantik unit was added as the corals grew quickly and some shading was occurring.
Corals were looking very health and colorful. 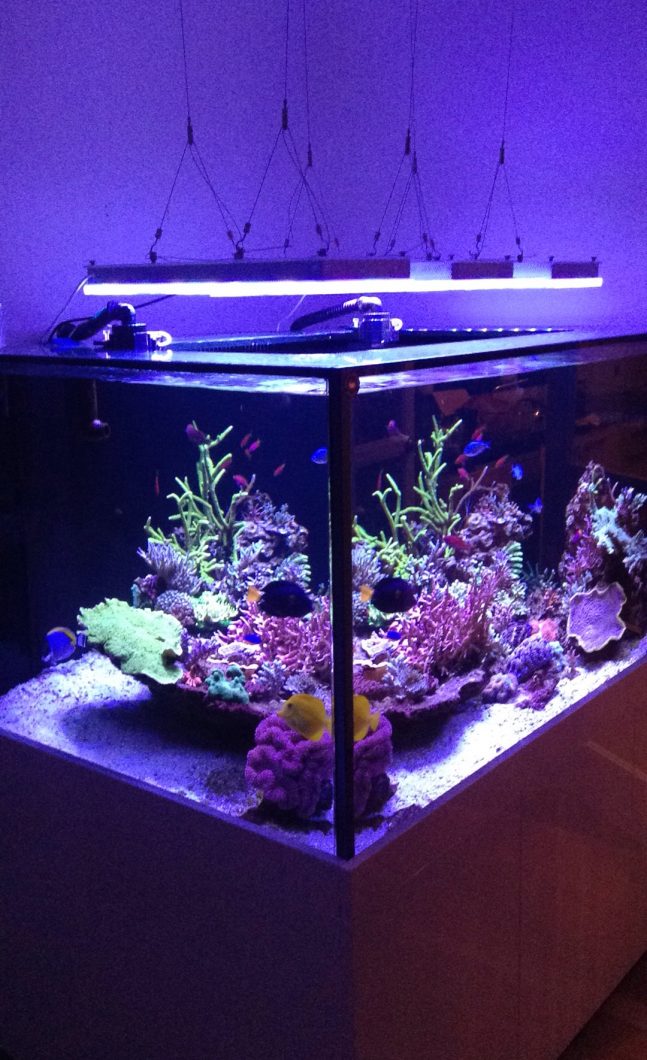 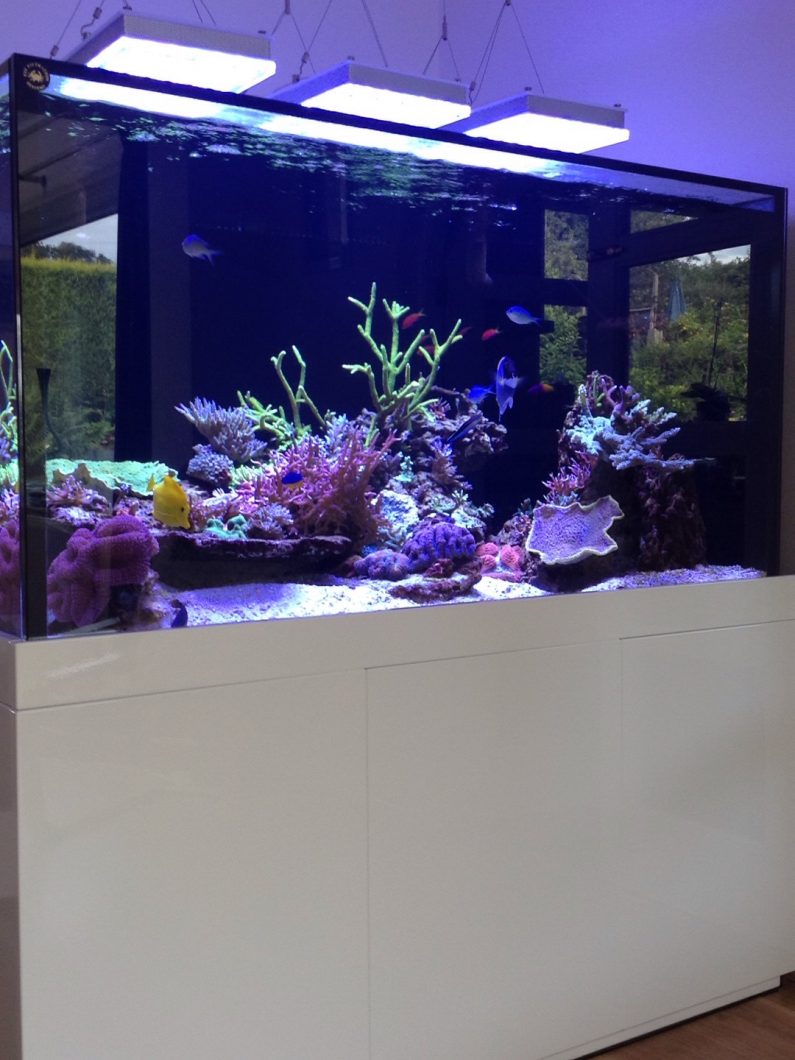 and he continues: “October FTS coral have better colors now” 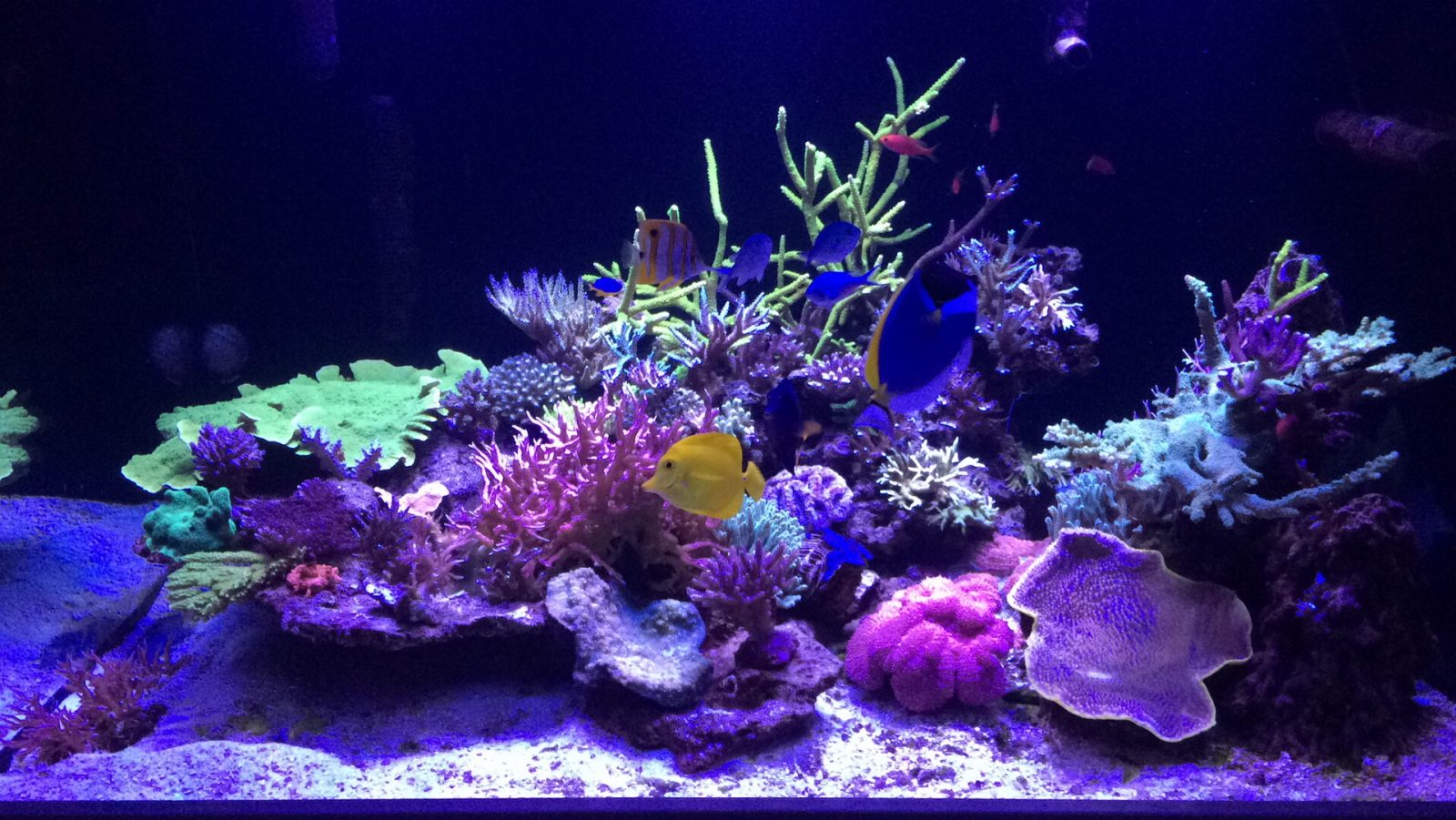 Here there is a gallery of pictures of his corals taken from above the tank:

January-February 2016 corals from above

In the following pictures you will see how beautifully the corals grew and spread and how colors were nicely blending: 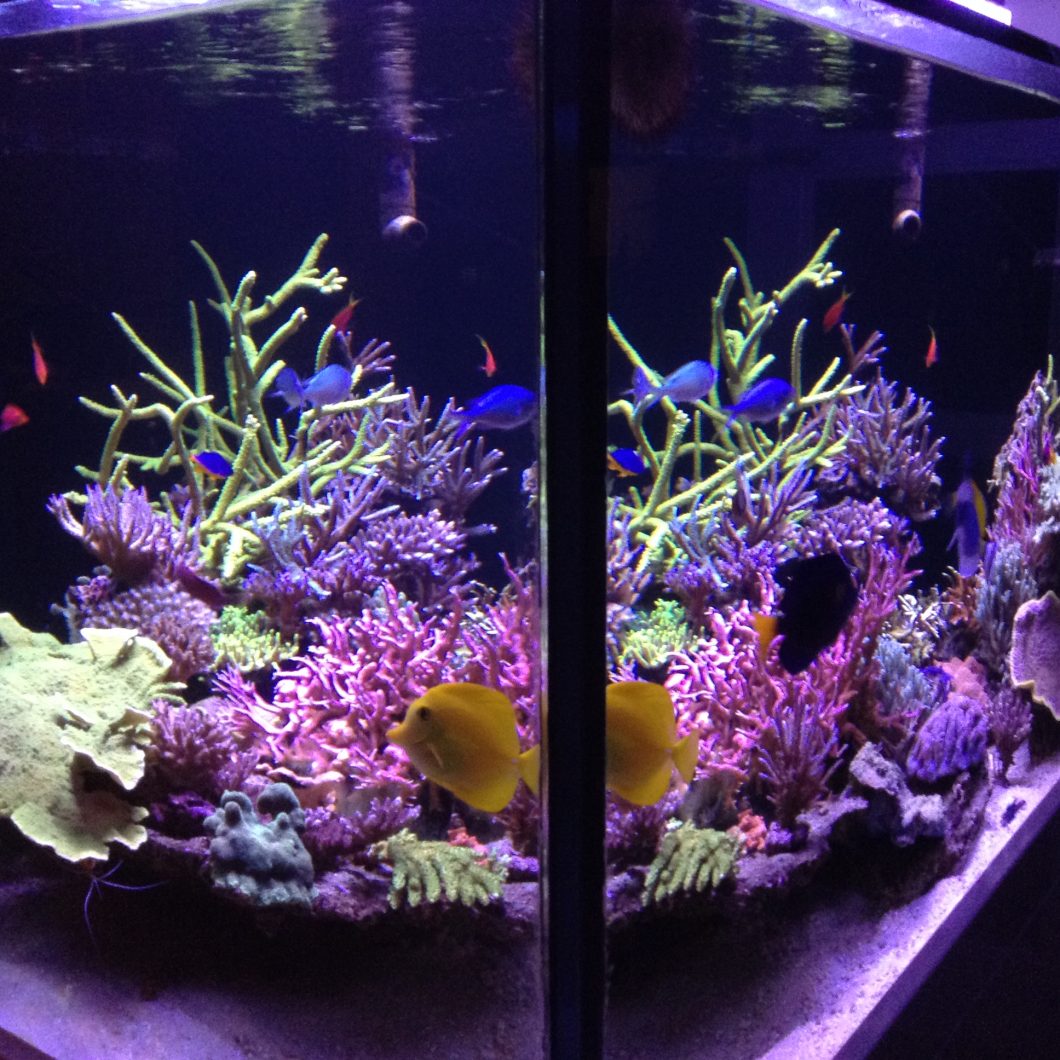 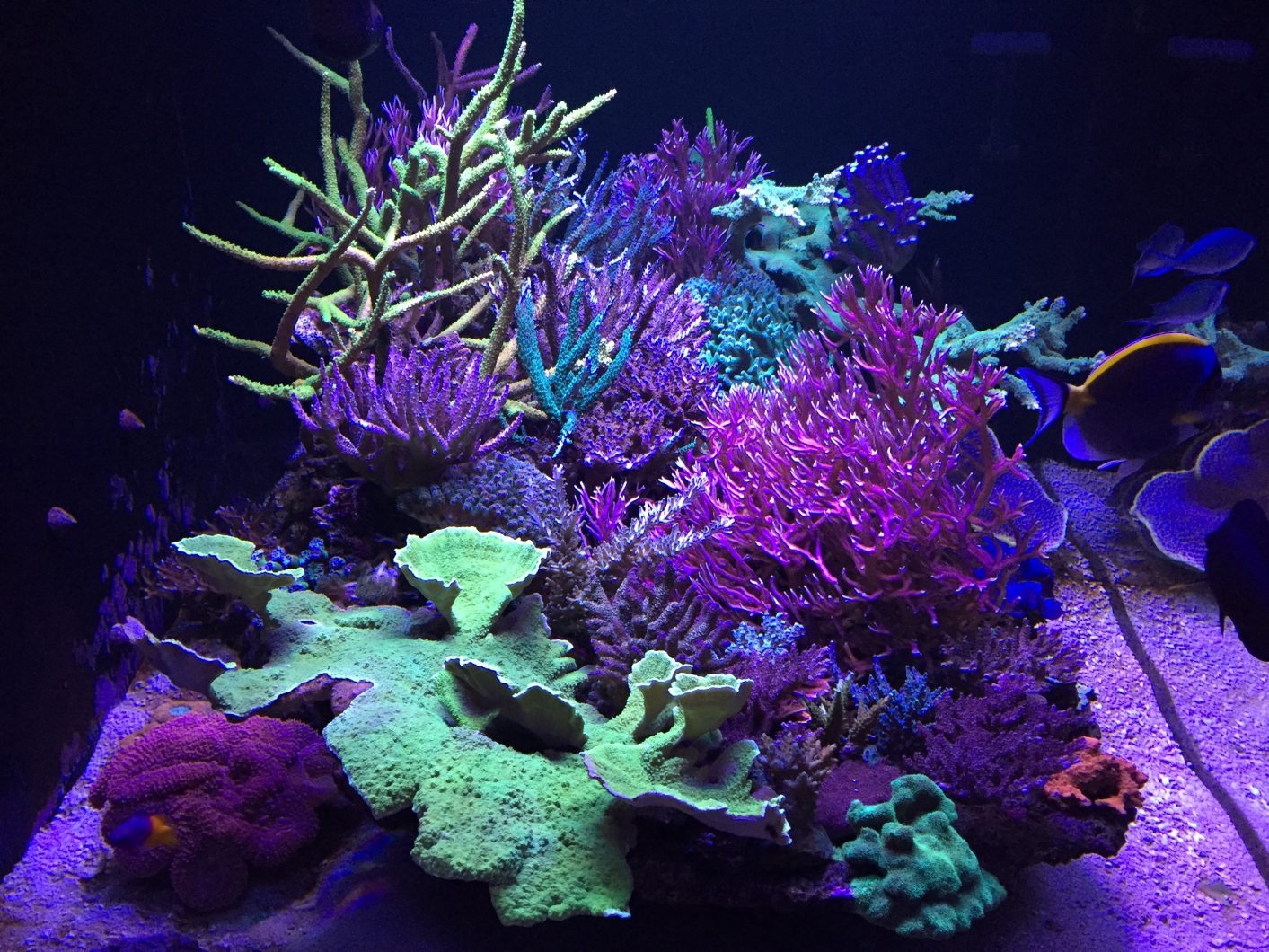 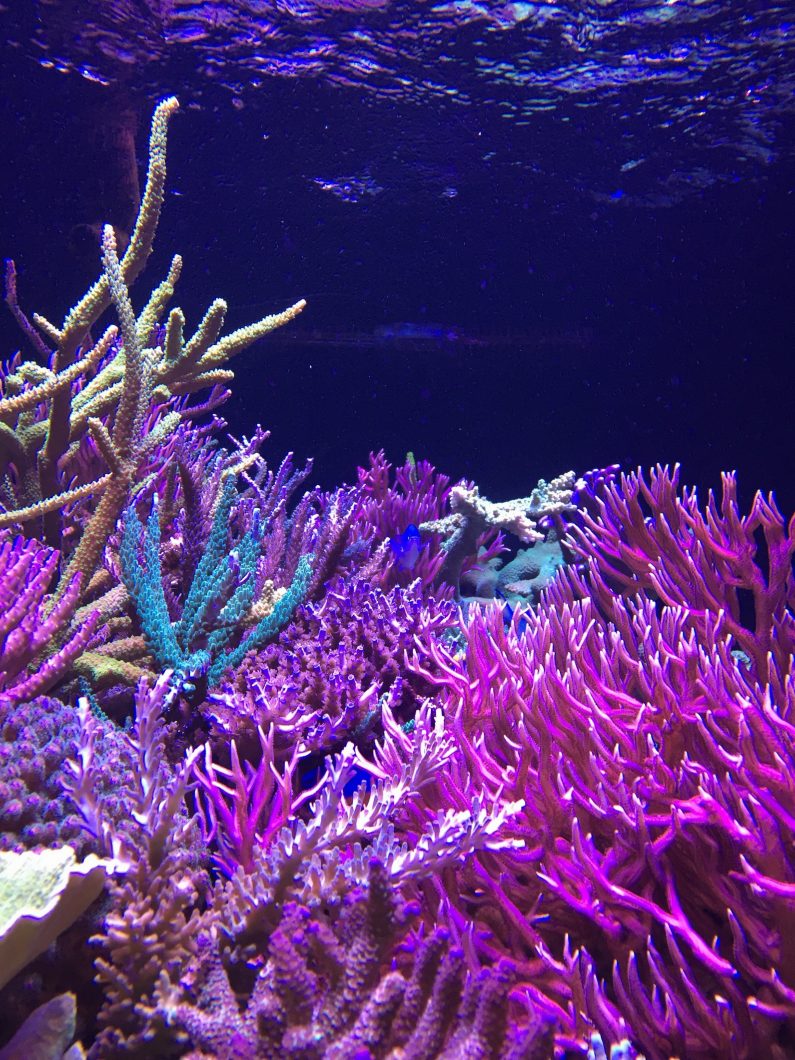 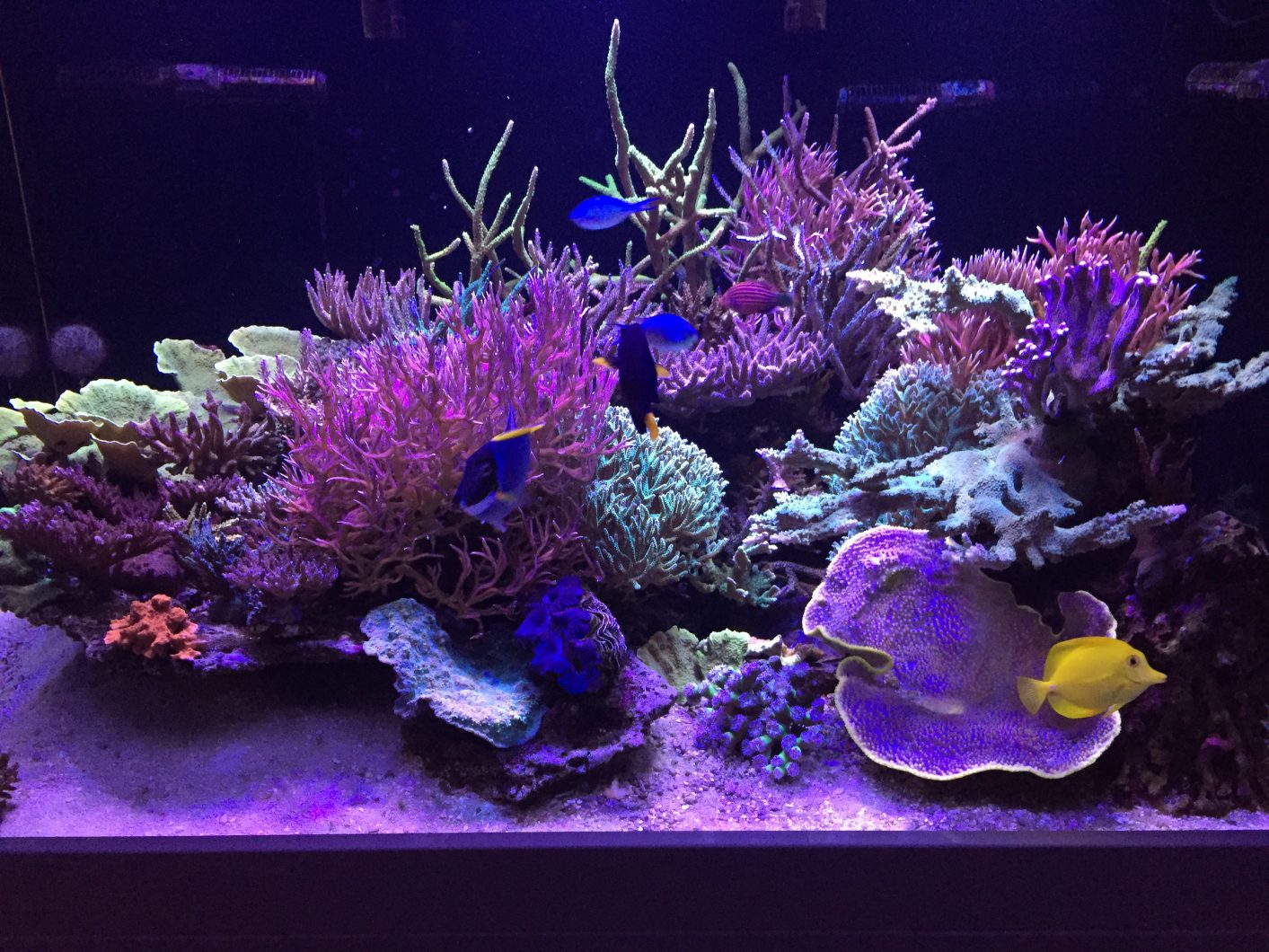 In Autumn the client upgraded his tank to upgrade to the Orphek Atlantik V4: 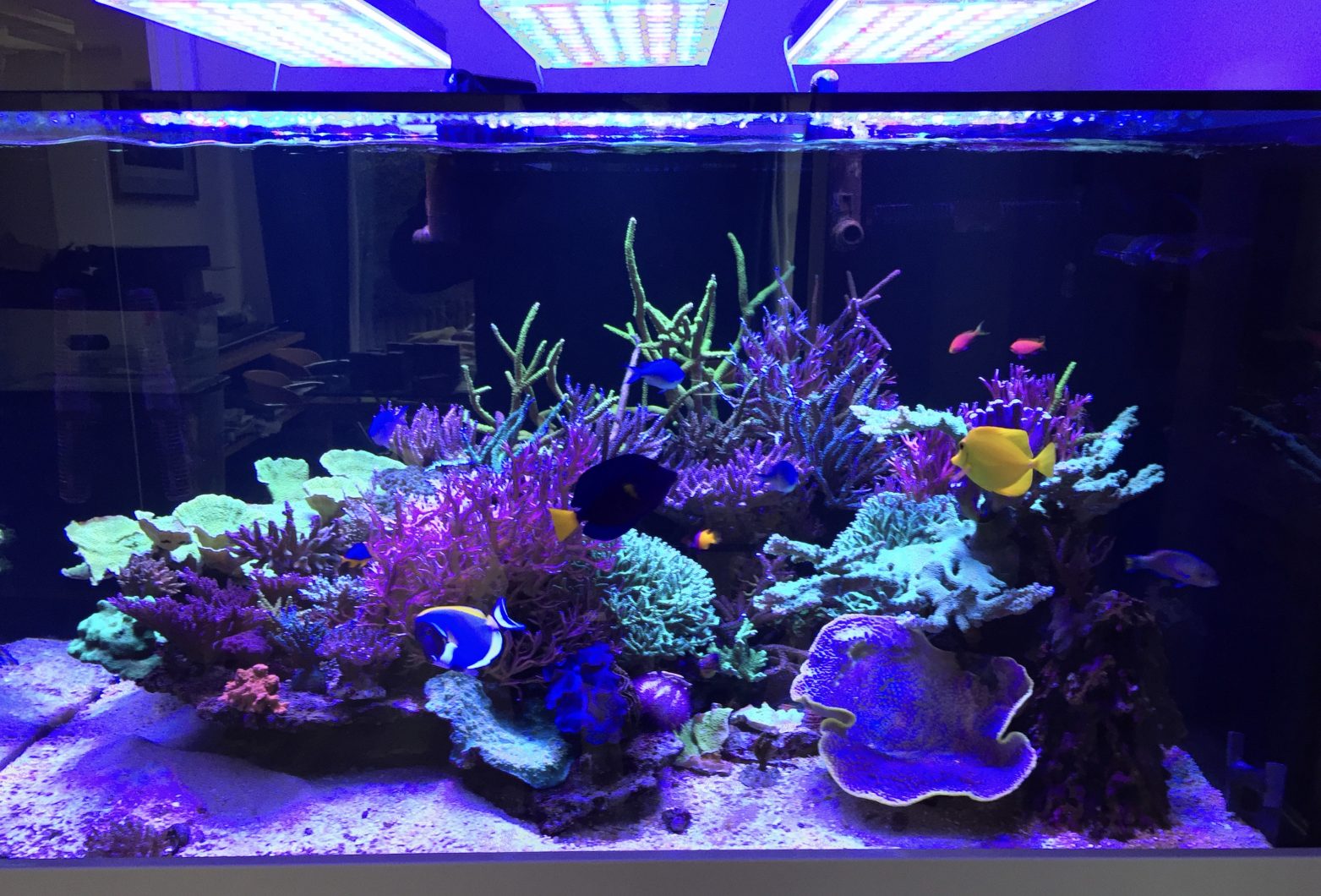 Check out these amazing close up photos he took from many of his corals: 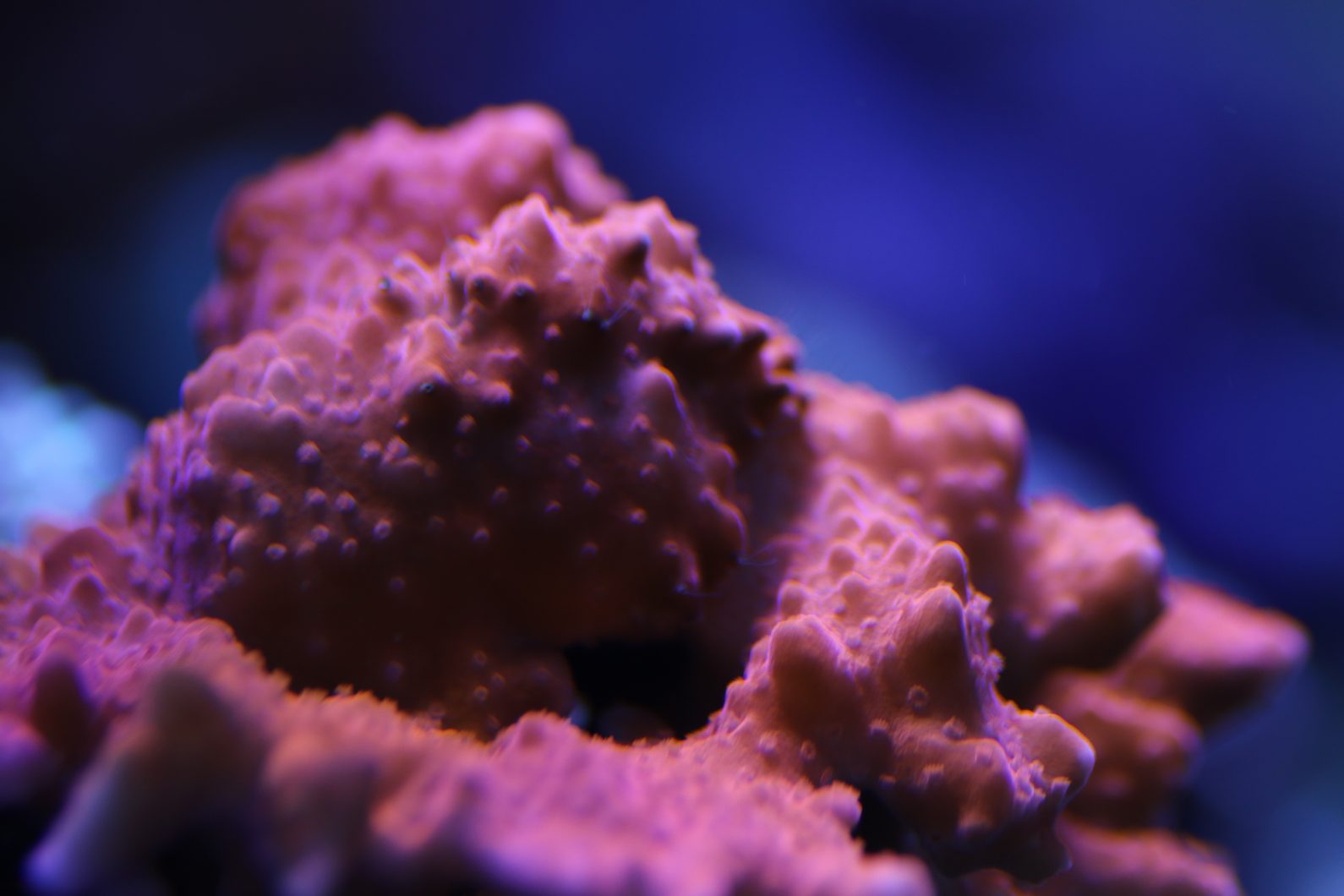 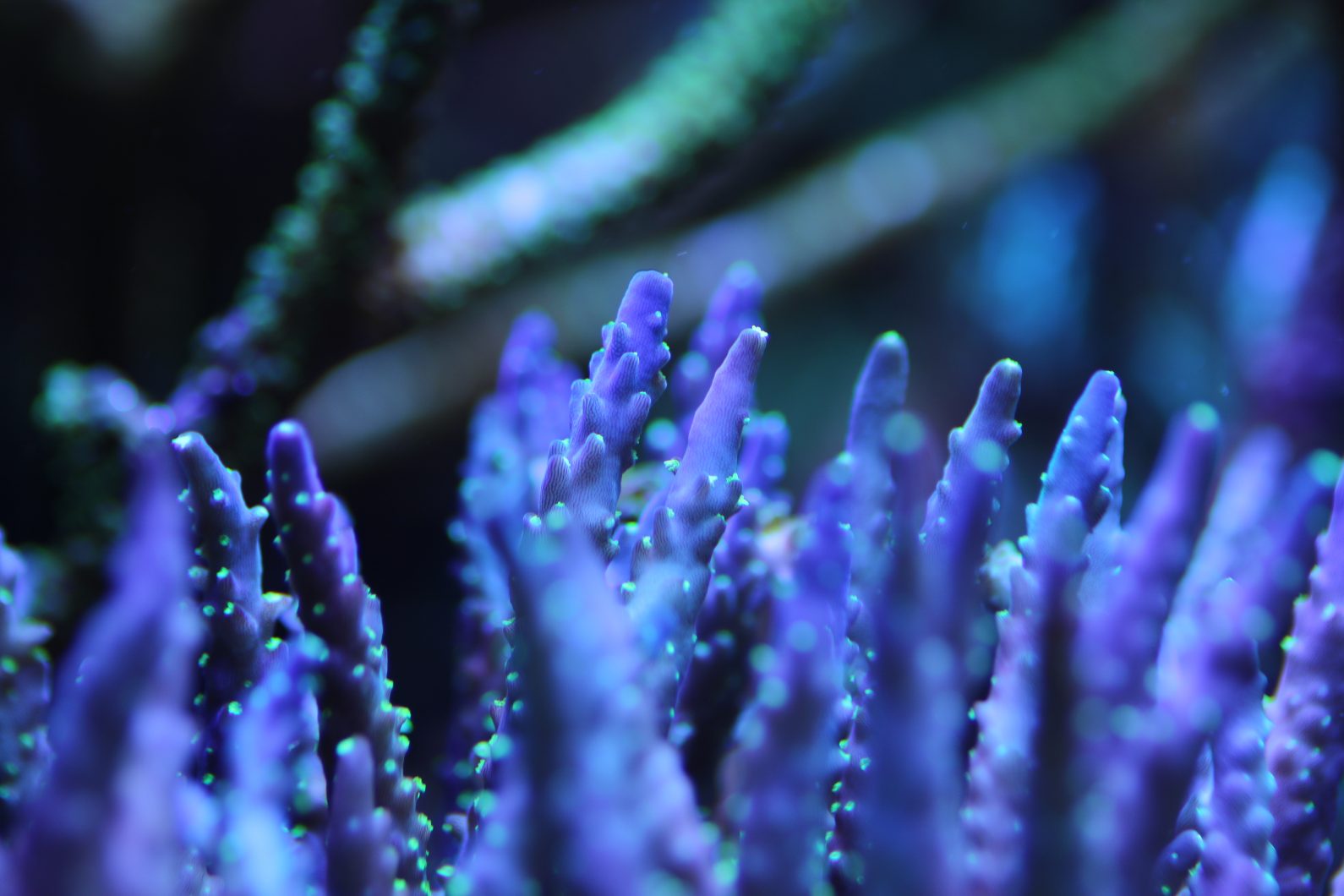 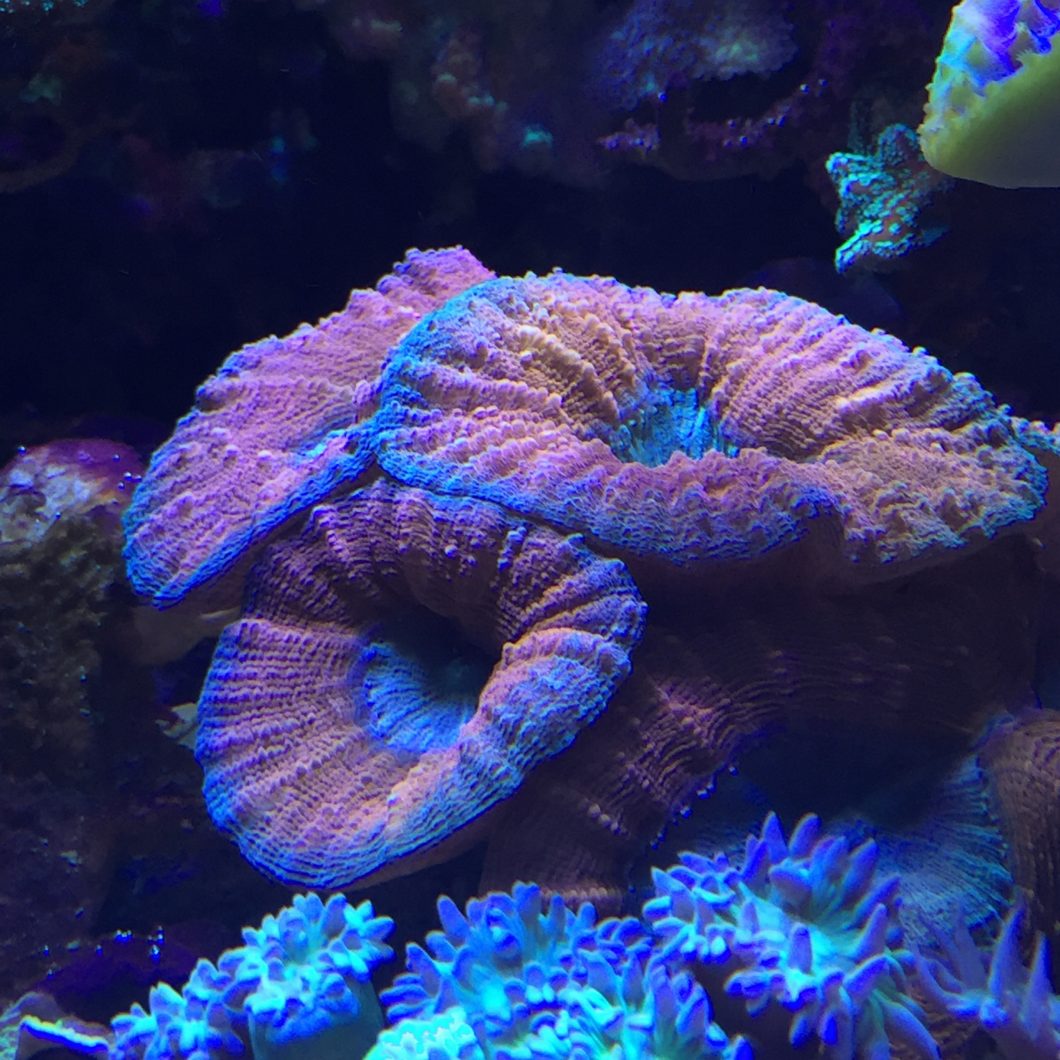 And finally, this years pictures: 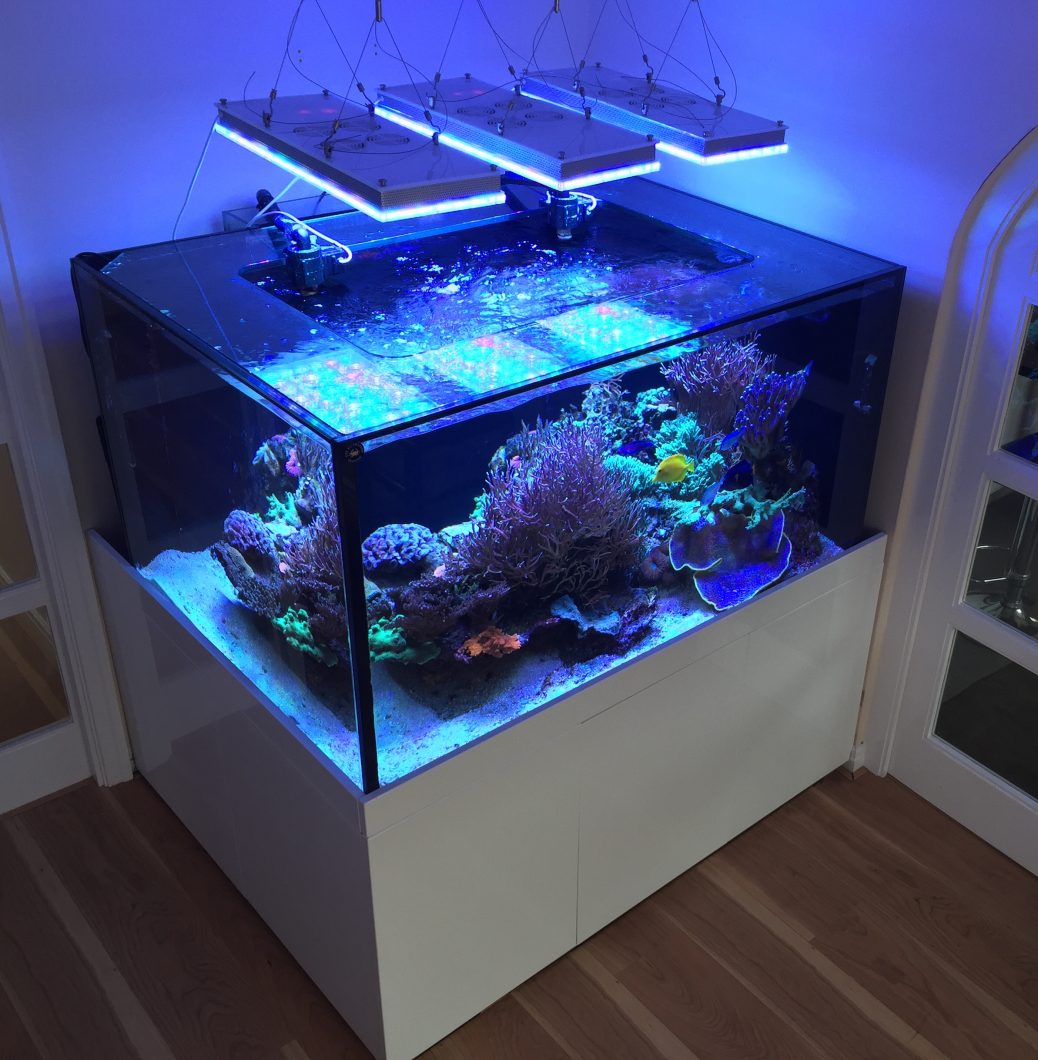 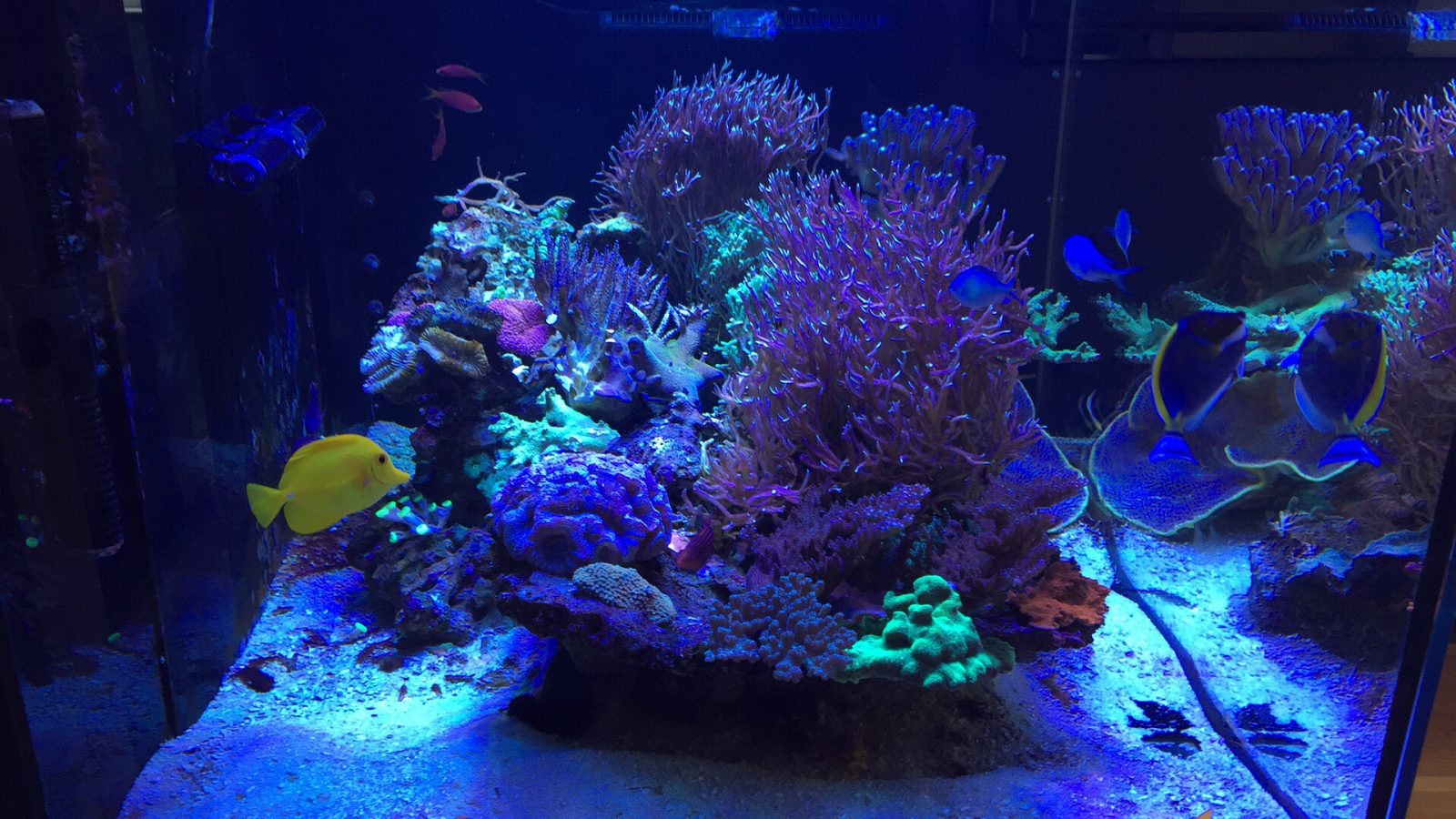 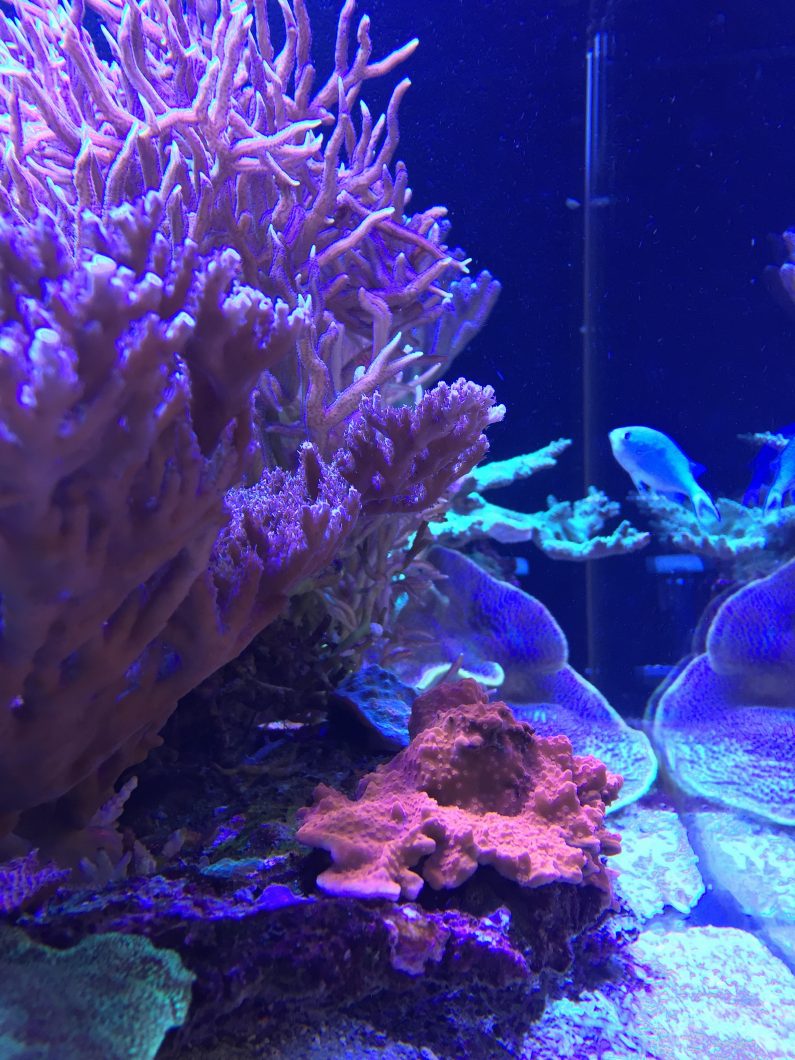 Here are the details of the equipment and methods used:
“The aquarium was set up with dry reef bones that were cleaned with RO, Acid and Bleach over 2 months.
The tank uses Bacteria as the export method for nutrients over skimming with Skimz 254 and Siporax Media 35 Ltrs
At start up All In One BioPellets in a Reactor with Bacteria Addition and FM traces.
Ca Reactor Korolin 3001 for main elements Carbonate Calcium Magnesium Potassium Strontium from coral sand.
Problems with locals suppliers meant a switch to Aquaforest Probiotic System in 2016.
ProBioS for Bacteria and NP Pro In place of the Pellets.
Traces were switched from Fauna Marin to Aquaforest A BC traces so everthing from one supplier.
I Reactor was also added for Phosphate Minus and Activated Carbon.
2017 brought problems – a Bryprosis infecting the tank, at first I didn’t know what it was, first I tried H2O2 to kill it with limited results.
August 2016 – Then switched to high Mg treatment taking Mg to Over 1624 the treatment also raised Lithium to 2498 ppm and Molidium to 86.69 ppm.
This killed the Bryprosis or so I thought…
Green pigments suffered itvtoik until March 2017 to get the parameters back to normal and colors returning but so did Bryprosis, finally in Autumn 2016 Flucanazole was used this cleared the Bryprosis finally.

Everything was finally going smoothly and the aquarium looked amazing. Corlas were growing fast and beautifully until…

During a holiday Gary was away and unfortunately to a serious decrease of temperature his corals suffered a major impact and sadly he lost many of them.

Here is his testimonial of what happened:

“We had a frozen pipe burst, whilst away on holiday, out house has to have structural repairs which means the tank has to be broken down 3 buckets of dead corals were removed in March and 2 large clams, most of the dead corals were large mature Acropora, what you see in this Video are the survivors, of a power cut for around 20 hours with outside temperatures of -6C, the tank had no light, heat, flow or filtration”
We were all in shock about this accident and the lost of so many beloved corals.we decided to publish all these photos and videos as a sort of memorial and to show Gary that we really care and feel with him his lost. We are deeply sorry and we would like this opportunity to say thank you for trusting our expertise all these years and that we hope he will find in his heart the energy to start a new aquarium somewhere in the future.We will be here if he will need our help. to give a shoulder or as an LED lighting brand, wherever he will need.Thank you Gary so much for loving these babies like we do!!!

Crossing fingers for you man,

The First Video Of Project Atlantik