Chengdu is one of the largest cities in China and recently it has been developing and expanding its businesses due to investments in projects developed by HongKong Dragon Group Limited, such as the 6 billion Yuan invested in the Seaside City located in the JiaoLong Port. The complex that includes shopping centers, ice rinks, office buildings and a five star hotel also includes an outstanding Oceanarium. 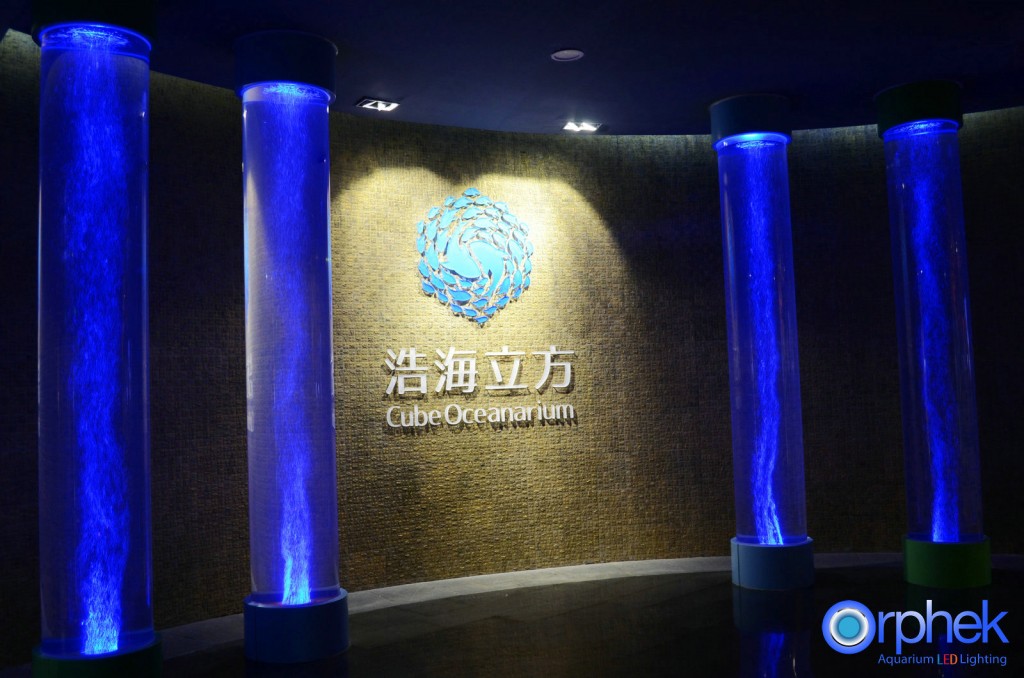 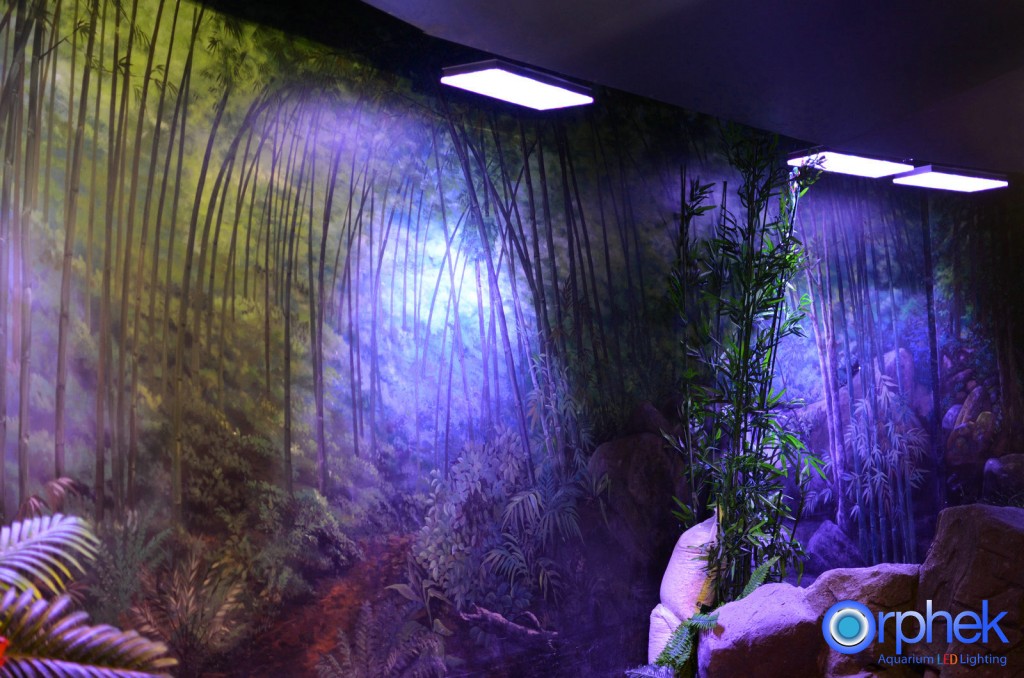 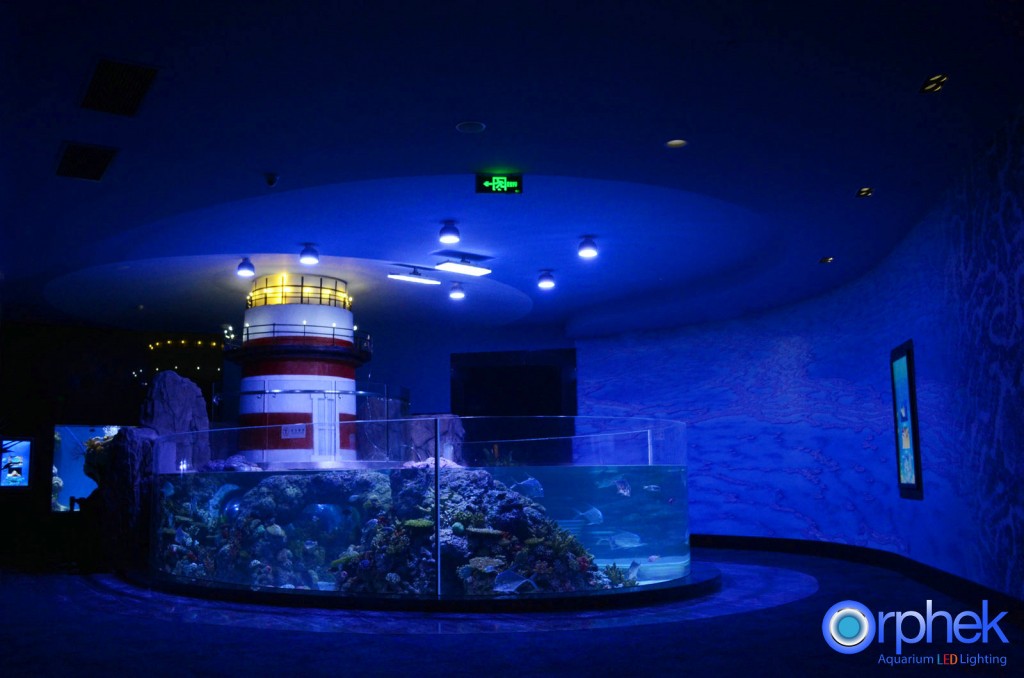 Orphek was chosen as sole supplier of LED lighting solutions to Chengdu Aquarium due to its long settled worldwide reputation and because the construction of this project demanded the most advanced technologies available in the market, due to its challenges and its ambitions to reflect China’s greatness. 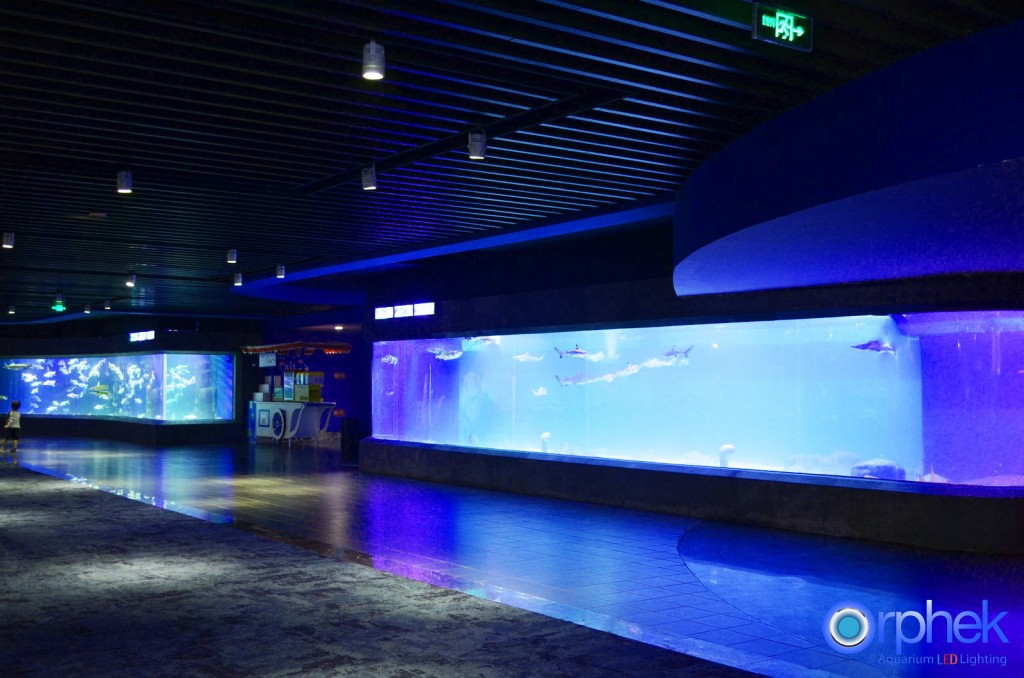 Orphek has also proven to be the only leading company in LED lighting for aquariums sharing the same passion for design that the developers of this project demanded, by developing products and solutions that not only answers to the needs of the living creatures of these aquariums, but also able to offer solutions where the integration of light sources, conceptual design and architectural elements were desired. The developers of these exquisite tanks recognized our long lasting commitment to excellence, efficiency, technological development and design. 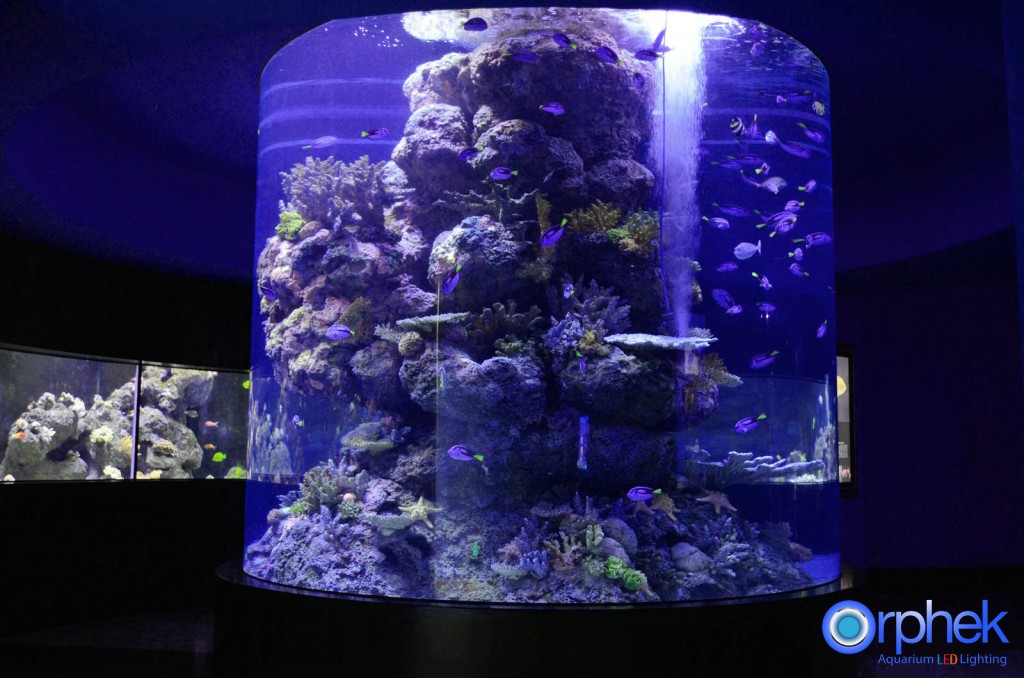 Advanced Aquarium Technologies has been responsible for the aquarium specialist construction works plus supplying specialty range of commercial life support systems installed on-site and smaller exhibits fitted with skid-mounted life support system units all designed and produced by AAT. The company has been contracted to support the operations management of the aquarium providing training and on-site support for the first 12 months of operation.

China is known for its greatness. It is the most populous country in the world with a population crossing the 1.35 billion people and it has constructed the largest wall of the world that measures not less than 21, 196km and that it can be seen from the Moon.

Chinese are also know for their competitive nature and their determination to outperform, out-earn and outgrow the rest of the world, so no wonder they hold more than 100 Guinness world records, from the weirdest such as the longest female hair, or the biggest number of needles inserted in a head, to spectacular ones such as the tallest sand sculpture of the world. 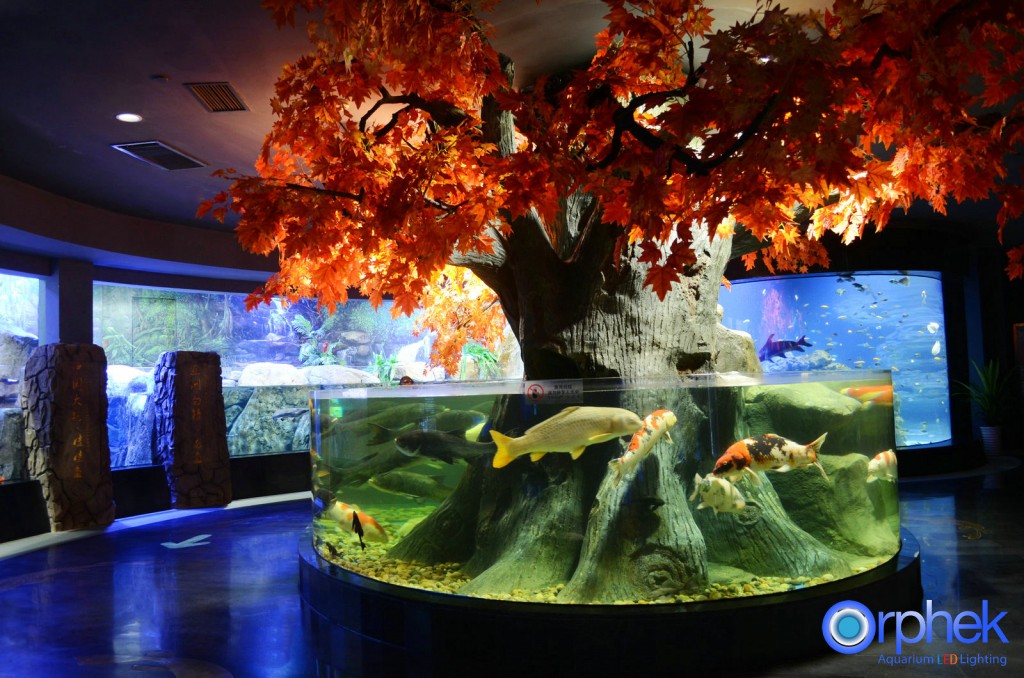 When it comes to architecture and installations, especially the ones involving technology, China has also set many records. Besides having the largest number of active cell phones of any country in the world and the largest number of Internet and broadband users it holds the record for largest sound and light show on a single building.

Today China is also breaking a record in the field of Marine Aquariums Exhibitions!

Visitors coming to the Oceanarium will experience a unique architectural wonder: The largest acrylic viewing area in the world with 10,000 m³ of water storage with over ten thousands of marine organisms from all corners of the Earth! 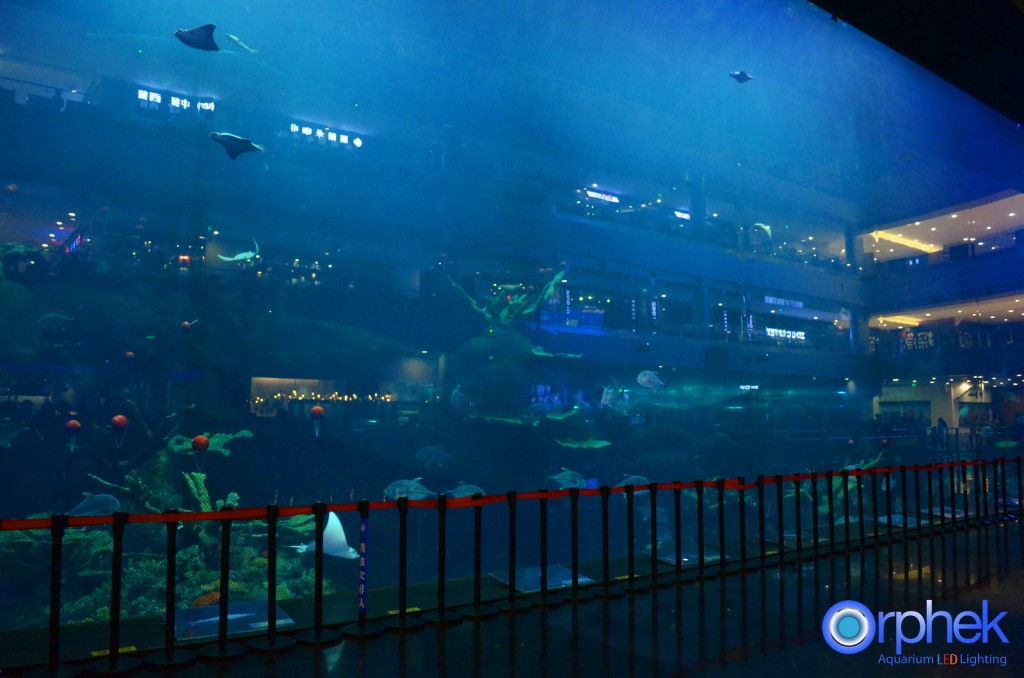 The Oceanarium is one of the largest in China displaying the world’s largest acrylic panel with 40m Long and 8.3m. High. It overpasses the Singapore S.E.A Oceanarium, a world-record holder of a 36m indoor aquarium.

Not only the Cube Oceanarium has been claimed as one of the world’s most breathtaking aquarium journeys, but also offers tours for visitors to explore warm and cold waters exhibits, from the Pacific, to deep-sea trenches; across the tropical seas to the Amazon; to the Northern Arctic and back again. 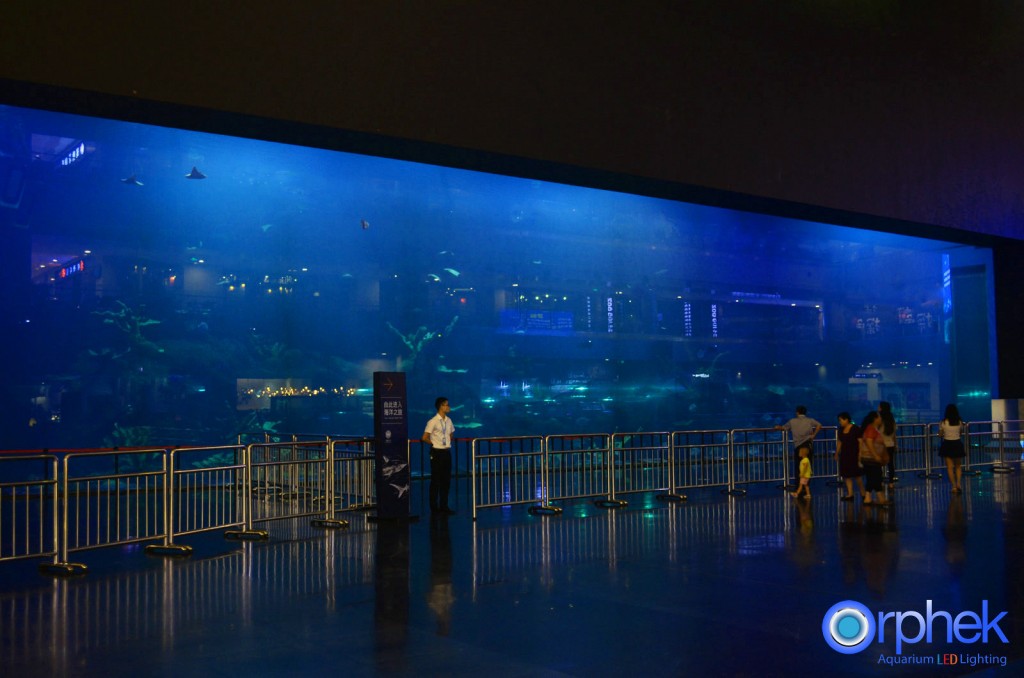 Tourists will also have the opportunity to learn more about marine creatures with fantastic activities such as sleeping with sharks, learning about creature foster caring and expedition in a submarine for underwater sightseeing and have an entertaining moment watching undersea ballet shows and experiencing a time capsule.